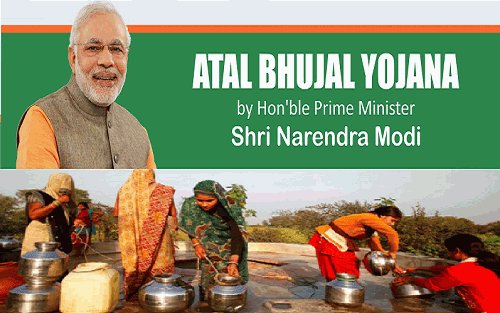 The Prime Minister Shri Narendra Modi has started the Atal Bhoojal Yojana (Water Conservation Plan). Through this scheme, the existing condition of many water bodies of the country will be improved. Atal Bhoojal Yojana will help raise the level of ground water to meet the needs of the agricultural sector. The central government has budgeted to spend Rs 6,000 crore to successfully implement this mega project. Atal Bhoojal Yojana will first be implemented in the identified areas in Gujarat, Haryana, Karnataka, Madhya Pradesh, Maharashtra, Rajasthan and Uttar Pradesh in 5 years.

Need – Due to widespread exploitation across the country, the ground water level has come down to its lowest level in recent years. The government has planned this scheme for conservation of water bodies, which is a matter of concern for the authorities.

Benefits – This scheme will help in reviving the water bodies. In addition, groundwater levels will also improve, especially in rural areas.