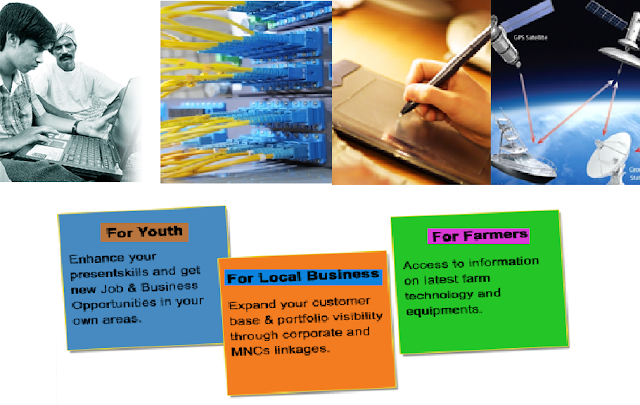 The government today reiterated its commitment in providing connectivity through GramNet to all villages with speeds from 10mbps to 100 mbps. While delivering the keynote address at the 36th Foundation Day celebrations of C-DOT here, Minister of State for Communications Shri Sanjay Shamrao Dhotre said that BharatNet also plans to provide 1 Gbps connectivity, which can be expanded to 10 Gbps and XGS of C-DOT. Can. The PON launched today will help in a great way to achieve this. He said, when India is celebrating the 150th birth anniversary of Mahatma Gandhi, it will be a real tribute to Bapu, who dreamed of a self-sufficient Indian village.
C-Dot’s C-Sat-Fi technology will empower Indian people especially in rural and remote areas as telephone and Wi-Fi facilities will be available on any mobile phone in all corners of the country. He said that the new technology would bring people into the mainstream by connecting them to satellite in remote areas, where fiber laying is difficult and internet is not available.
The minister launched C-DOT’s latest innovations, “C-Sat-Fi (C-DOTSatelic WiFi”, “XGSPON (10 G Symmetrical Passive Optical Network)” and “C-DOT’s Interoperable Set Top Box (CiSTB).”
Speaking on the occasion, Mr. Vipin Tyagi, Executive Director of C-DOT stated that C-Sat-Fi (C-DOT Satellite WiFi) is based on optimum use of wireless and satellite communications, which increases connectivity to untouched areas including remote . Islands and difficult terrains. Apart from offering ease of deployment, the solution is ideally suited for addressing disasters and emergencies when no other means of communication are available, he said. This cost-effective solution does not require expensive satellite phones and can work on any WiFi enabled phone.

What is BHARATNET PROJECT?

BharatNet is a project of national importance, a highly scalable network infrastructure accessible on a non-discriminatory basis, affordable broadband connectivity of 2 Mbps to 20 Mbps for all households and on-demand capacity to all institutions. , To realize the dream of Digital India in partnership with states and the private sector.
The entire project is being funded by the Universal Service Obligation Fund (USOF), which was established to improve telecommunications services in rural and remote areas of the country. It aims to facilitate the delivery of e-governance, e-health, e-education, e-banking, internet and other services in rural India.