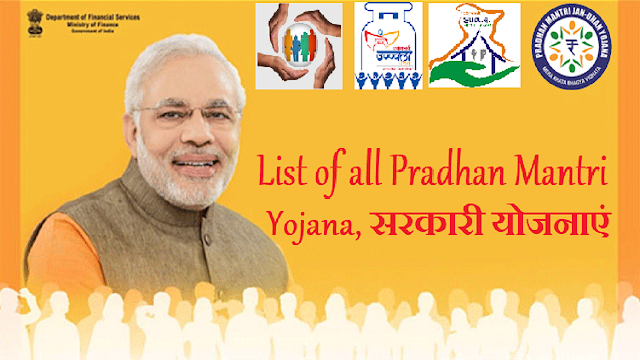 What is the Prime Minister’s plan?

So first we have to increase what the Prime Minister plan finally show that employment in the country, to eliminate poverty, promote education, to increase women’s education, giving scholarships to poor children, give jobs to the unemployed, farmers for fertilization to relieve the citizens from natural calamity (flood, fire), storms, famine, drought, insects, etc.), to employ young, cheap loans to youth To Radan, so that they can stand on its own. The prime minister’s plans to solve such problems are called Prime Minister’s Plan

Prime Minister Jan-Dhan Yojana (PMJDY) is a national mission for financial services, i.e., banking / savings and deposit accounts, remittances, credit, insurance, pension in an economical manner.
The account can be opened in any bank branch or bank friend outlet. Accounts opened under PMJDY are being opened with zero rupees. However, if the account holder wants to receive a check book, then he has to meet the minimum balance criteria. This scheme was started on 28th August 2014

A public account can be opened by presenting a valid document by any person.

Any other documents notified by the Central Government in consultation with the regulator:

Provided that simplified measures have been implemented to verify the identity of customers, the following documents will be officially considered as valid documents: – 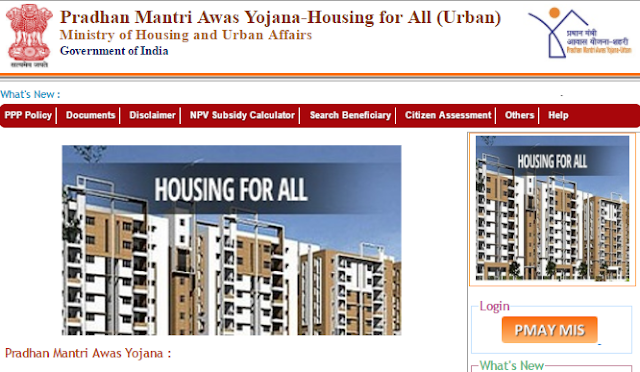 Prime Minister Housing Scheme: Mission will be implemented during 2015-2022 and will provide central assistance to the urban and rural local bodies (ULBs) and other implementing agencies through states / union territories:

1. Rehabilitation in the housing of existing slum dwellers using land as a resource through private participation
2. Credited Linked Subsidy
3. Affordable accommodation in partnership
4. Subsidy for personal house building / promotion under the beneficiary leadership.

3.  PM Ujjwala Yojana (PMUY)
Prime Minister Ujjwala Yojna is an ambitious social welfare scheme of the Modi Government. Under the Prime Minister Ujjwala Scheme, the Government’s goal is to provide LPG connections to BPL families in the country. The objective of this scheme is to shut down the fuel cooking fuels with the use of clean and more efficient LPG (Liquefied Petroleum Gas) in rural India. This scheme was started by Hon’ble Prime Minister Narendra Modi on May 1, 2016 from Ballia district of Uttar Pradesh

Before the Central Government elections, Modi Government has given another gift to the people of the country, under which every poor will be given LPG gas connection for free under the Ujjawala scheme.
PM Ujjwala Yojana Toll Free Helpline Number
1800-266-6696
4. Prime Minister Rozgar Yojana (PMRY)

It has been launched to provide Pradhan Mantri Rozgar Yojana (PMRY) to encourage employers and provide new employment opportunities to the Government of India, in which the Indian government will pay 8.33% of the EPF contribution to the employer for new employment. At the same time, there is a double benefit of this scheme, where, on one hand, the employer will be encouraged to increase the employment base of the workers in the establishment, and on the other hand, the workers will get employment in a large number of such establishments and one direct The benefit is also that these employees will also be provided with the benefits of Social Security of the organized sector. So this plan is very important for Indian development. Full will be facilitated to ask broad employment opportunities for Indians under the scheme
Offcial Website PMRAY  CLICK HARE
5. pradhan mantri suraksha bima yojana (PMSBY) 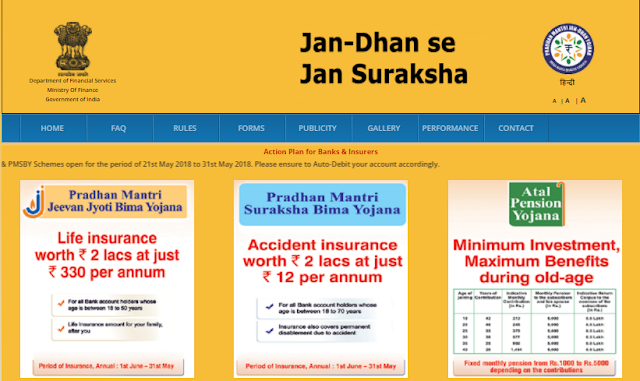 PMSBY is an accident insurance plan under which the facility of insurance cover is in case of accidental death or disability, the period of the plan is 1 year which can be renewed every year, this scheme will be available or circulated by the general insurance companies of the public sector and Other general insurance companies also make it available with the participation of banks after necessary approval on the same set conditions. Received may
Simultaneously, the bank participating in this scheme is also free to take the services of any such ordinary insurance company for the implementation of the scheme for its eligible customers.

Work area of ​​the scheme – All different individual bank account holders from 18 years to 70 years of participating banks are entitled to be included, if a person has multiple accounts in one or different banks, then that person can only buy a bank account May be involved in the plan. To avail the benefit of the scheme, the Aadhaar card has been given priority only for KYC bank account.

6. pradhan mantri jeevan jyoti bima yojana (PMJJBY)
This scheme is also a security insurance scheme run by the Indian government. Under this scheme many facilities are being provided to provide safety accident insurance to all citizens of India. This scheme is only part of the Prime Minister’s Jan Suraksha Yojana. This scheme Beginning on 09th May 2015

Prime Minister Money Scheme is a currency loan undertaking which has been formulated to meet the financing needs of the non-corporate small business units of the country. This scheme is to provide financial assistance to small businesses which are very helpful in taking the lives of Indians towards development. Under this scheme, any small business can start a business by taking a loan.
This monetary scheme has been introduced by the government in accordance with the size of the business for Indians as well as three steps. Different steps have been made in phases, that is, you can call it a three-level plan. Made from 08th April 2015

The Cabinet Committee on Economic Affairs has approved the approval of the Prime Minister’s Agricultural Irrigation Scheme (PMKSY) in its meeting held on 1st July, 2015 under the chairmanship of the Honorable Prime Minister.

Pradhan Mantri Gram Sadak Yojana (PMGSY) was launched to provide connectivity to the habitations without contact as part of the poverty eradication strategy by the Government of India. Government of India is trying to establish high and uniform technical and management standards and facilitate policy oriented and organizational planning at the state level to ensure sustainable management of rural road network.

According to the latest data provided by the governments as part of the PMGSY program, about 1.67 lakh people are eligible to be included under non-contact habitations. This includes the construction work of 3.68 lakh km for the new connectivity of the roads and about 3.71 lakh km for upgradation.
PMGSY Offcial Website Click Hare
10. Pradhan Mantri Sahaj Bijli Har Ghar Yojana (Saubhagya)

प्रधान मंत्री सहज बिजली हर घर योजना,  Scheme- (Lucknow) The Hon’ble Prime Minister had started the scheme on 25th September, 2017. In rural areas and poor families, all households (APL and poor families) will be provided with good luck free electricity connection. There are about 40 million non-electrified families in the country and they have been targeted to provide electricity connections by December 2018. Rural Electrification Corporation (REC) has been encouraged for good luck planning 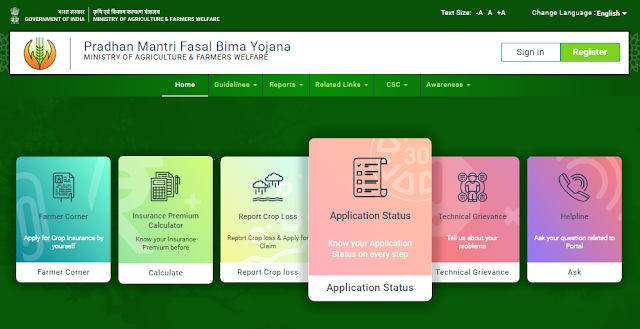 Crop Insurance is a web-based ecosystem for accelerating an integrated IT solution and service delivery, integrating broken databases, obtaining a view of data and eliminating manual processes. Crop insurance provides insurance services to farmers more than ever.

The government is striving for the integration of all stakeholders, such as Farmers, insurance companies, financial institutions and government agencies on a single IT platform. This will ensure better governance, coordination and transparency for real-time information and monitoring. 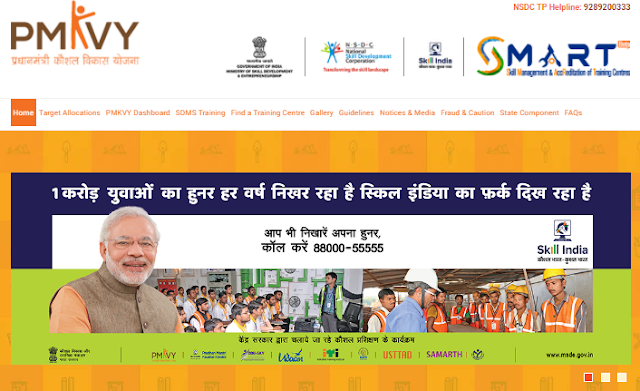 Budget approved allocation for 10 million youths (2016-2020) is the key plan of 12,000 crore Prime Minister Skill Development Plan (PMKVY) Skill Development and Entrepreneurship Ministry (MSDE). The objective of this skill certification plan is to enable a large number of Indian youth to take industry-relevant skill training, which will help them achieve better livelihood. Individuals with pre-learning experience or skills will also be assessed and certified under the primary education (RPL) identity. So, in simple words, this scheme has been started to increase employment efficiency and efficiency.
PMKVY Offcial Website Click Hare