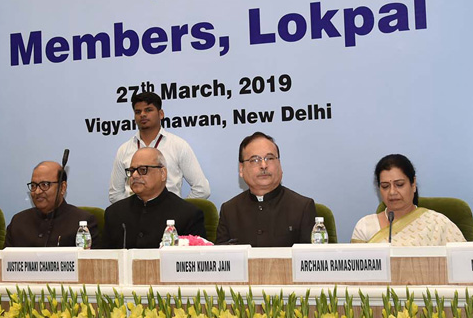 The Lokpal website, lokpal.gov.in, was inaugurated on 16.05.2019 in the presence of all the members of Lokpal by the Chairman, Justice Mr Pinaki Chandra Ghosh. The website has been developed by NIC and provides basic information regarding the functioning and functioning of the Lokpal.


Lokpal is the first institution of its kind in independent India, which has been set up under the Lokpal and Lokayukta Act, 2013, which is to investigate and investigate allegations of corruption against the public officers coming to the purview of the above Act. .

The government appointed Justice Pinaki Chandra Ghosh as the first President of Lokpal, who was sworn in by the President of India on March 23, 2019. The government has also appointed four judicial and four non-judicial members. The office of the Ombudsman is temporary work from Hotel Ashok in Chanakyapuri, New Delhi. 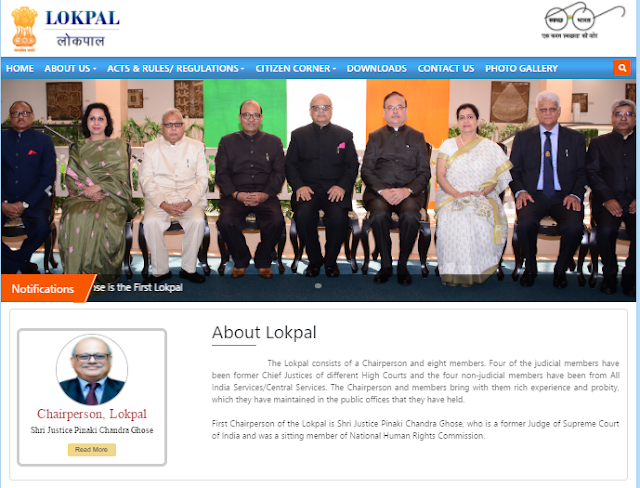 Lokpal has a president and eight members. Of the judicial members, four were former Chief Justices of various High Courts and four non-judicial members have been from All India Services / Central Services. Chairperson and member bring rich experience and probity with him, which he has kept in public offices.

The first President of the Lokpal is Mr. Justice Pinaki Chandra Ghosh, a former Judge of the Supreme Court of India and a member of the National Human Rights Commission.

However, the form has not been notified yet to file a complaint, the Lokpal decided to investigate all the complaints received in the office of the Lokpal till April 16, 2019, whether they were sent in any form.

After the investigation, the complaints not coming within the Ombudsman’s mandate were settled and the complainants are being informed accordingly.