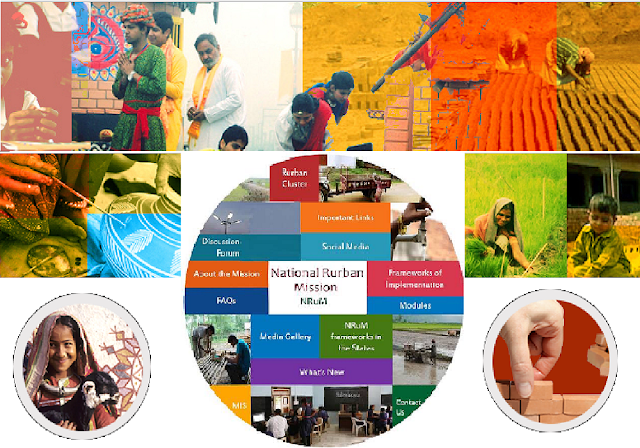 According to India’s census data, the rural population in India is 833 million, which is approximately 68% of the total population. Apart from this, in the period 2001-2011, the rural population has increased by 12% and during the same period, 2279 units have increased in the total number of villages.
Large parts of rural areas in the country are not alone-colonies, but are part of a group of settlements, which are relatively close to each other. These groups generally describe potential potential for development, receive economic drivers and local benefits and competitive advantages. Once developed, these groups can be classified as ‘Rurban’. Therefore, taking the cognizance of this, the Indian government has started the Shyama Prasad Mukherjee Rurban Mission (SPMRM), which aims at developing such rural areas by arranging economic, social and physical infrastructure facilities. Mssion was launched on February 21, 2016.
Mission aims to develop 300 Rurban groups in the next five years. These clusters will be strengthened with the necessary facilities, for which it is proposed that resources should be mobilized through the convergence of various schemes of the government, above which the Mission Critical Gap Funding (CGF) will be provided under this mission, These groups can be focused development.

A ‘Rurban Cluster’ will be a group of geographically contiguous villages in the plains and hilly areas, where there will be a population of around 25,000 to 50000 and population of 5000 to 15000 in desert, hill or tribal areas. As far as practicable, the groups of villages will adhere to the administrative convergence units of the village panchayats and will be within the same block / tehsil for administrative convenience.

National Rubon Mission (NRUM) “follows the vision of the development of a group of villages, which focuses on the balance and inclusion of the essence of the life of the rural community without compromising essentially urban facilities. Thus creates.