Finance Minister Nirmala Sitharaman announced the Prime Minister, Karam Yogi Mansa, on Friday, under which pension benefits will be given to about 30 million businessmen and small shopkeepers, only those persons will get the benefit of this scheme whose annual turnover is less than Rs 1.5 crore . At the same time, the Finance Minister also said that the process of taking advantage of the scheme will be simplified and it will only require the base number and bank account. 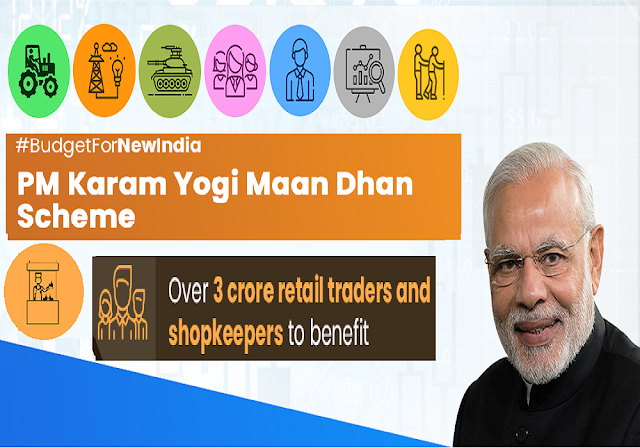 The purpose of this scheme is to provide monthly pension of around Rs. 3,000 to nearly 60 crore laborers in unorganized and informal areas. Another such scheme, the name of which is the Prime Minister Shram Yogi Mannhan Yojana, was declared by Prime Minister Narendra Modi during the interim budget of this year. Please tell you that nearly 30 lakh workers have already joined the PMSYM scheme.

In order to encourage the National Pension Scheme (NPS), Hon’ble Finance Minister extended the exemption limit on withdrawal from 40% to 60%. For central government employees, the government has currently allowed deduction of 10% to 14% of the employer’s contribution.