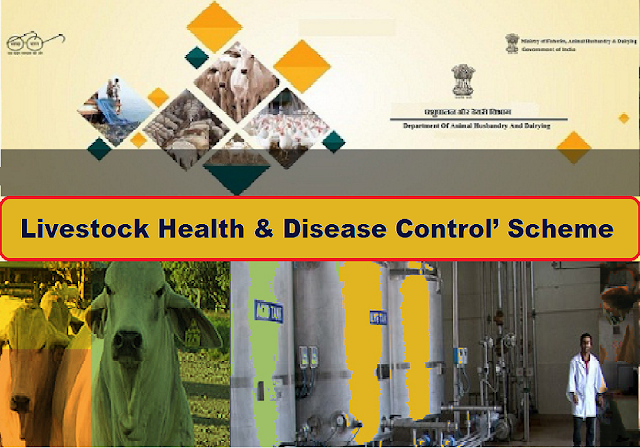 Livestock sector plays an important role in the national economy and socio-economic development of the country. It is emerging as an important growth engine of the Indian economy and its share in GDP has increased gradually. An important barrier to growth in terms of production from livestock and poultry is the prevalence of diseases of economic importance as they cause huge economic losses at the national level. The mandate of the ‘Livestock Health’ Division in the Department of Animal Husbandry, Dairying and Fisheries (DADF) under the Ministry of Agriculture and Farmers Welfare (MoA & FW) is to prevent the spread of diseases prevalent in livestock and poultry.
PM Modi is going to launch the PM Livestock Health and Disease Control scheme for animals in the country next week on 11 September 2019. The Prime Minister’s Livestock Health and Disease Control ‘scheme specifically includes animal diseases such as Foot and Mouth Disease (FMD), Peste des petits ruminants (PPR), Brucellosis, Anthrax, Haemorrhagic Septicemia (HS). ), Black Quarter (BQ), Classical Swine Fever, New Castle Disease (Ranikhet), Avian Gluenza (AI), etc.

In the case of FMD, the scheme envisages vaccination coverage of 30 crore bovine (cattle and buffalo) and 20 crore sheep / goat and six crores with primary immunization in bovine calves at an interval of 6 months
So far this program has been implemented on the basis of cost sharing between the Central and State Governments. The Central Government has now launched a program to ensure complete eradication of these diseases and better livelihood opportunities for all livestock rearing farmers in the country. It is decided to bear the entire cost.