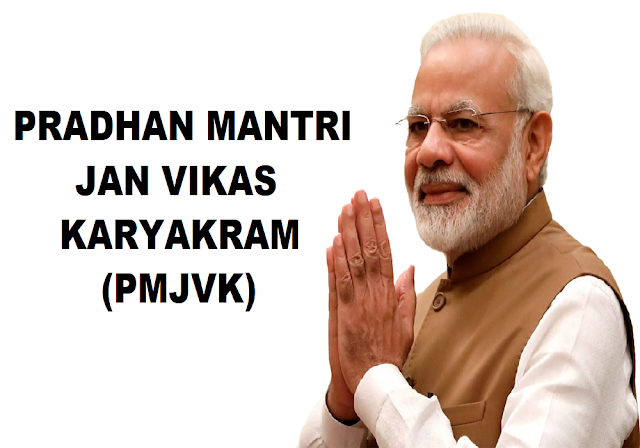 The Cabinet Committee on Economic Affairs (CCEA) has introduced the Prime Minister’s Public Development Program (PMJVK) for the minorities. The meeting was chaired by PM Narendra Modi and the name of the existing multi-sectoral development program (MsDP) was changed to PMJVK. This restructuring will reduce the gap between national average and minority community on MSDP backwardness parameters. Now the Central Government will continue this new restructuring MSDP scheme for the remaining period of the 14th Finance Commission i.e. 2020.

This scheme will provide better socio-economic infrastructure facilities to minority communities and increase the coverage of the scheme. The central government will implement this program in the identified areas of minority concentration (MCT) and village groups in 57% more areas. There are 196 districts in MsDP while PMJVK (reconstituted MsDP) will cover 308 districts across the country.

Ministry of Minority Affairs will fund this entire plan. PMJVK will now cover 5 more States and 61 aspiring districts with minority concentration. The Prime Minister’s Public Development Program will now continue with an outlay of Rs 3,972 crore.

The Prime Minister’s Jan Vikas Vikas (PMJVK) is a scheme designed to overcome the developmental deficit of identified minority convergence areas. Prior to PMJVK, the Ministry implemented multi-sectoral development program from 2008-09. The areas of implementation under PMJVK have been identified on the basis of minority population and census data of Socio-Economic and Infrastructure 2011 and will be known as minority concentration areas. 870 MCB, 321 MCTs and 109 MCDs Hq are backward, have been identified.

PMJVK will continue to give support to the States / UTs to improve the quality of life of people and reduce the imbalance in identified minority concentration areas to be equal to the rest of the country. In order to make the program more robust and to ensure benefits to the beneficiaries, the project proposals in addition to the State / UT Governments, Central Government Departments / Organizations, Central Public Sector Undertakings / Undertakings, Central / State Universities And also will be accepted from armed police forces. .

Under PMJVK, 80% of resources will be used for projects related to education, health and skill development, of which at least 33-40% will be set to build property / facilities for women / girls.

What are the minority communities in the country notified by the central government and what is their share in the population of the country?

Muslim, Sikh, Christian, Buddhist, Jain and Zoristian (Parsi) have been notified under section 2 (c) of the National Minorities Commission Act, 1992 for minority communities, according to Census 2011, the percentage of minorities in the country is almost 19.3% of the total population of the country, 14.2% of the population of Muslims, Christian 2.3%, Sikh 1.7%, Buddhist 0.7%, Jain 0.4% and Parsi 0.006%.

What are the objectives of MsDP?

The objective of the program is to improve the socio-economic parameters of the infrastructure to improve the quality of life of the people and to reduce the imbalance in the minority concentration areas. Identify the development infrastructure for school and secondary education, cleanliness, pucca housing, health, drinking water, skill and power supply, besides other beneficiary oriented schemes for income generating activities. To engage in the full development infrastructure linkage and also the development process necessary for the improvement of living conditions such as roads, connectivity, basic health infrastructure, ICDS centers, skill development and marketing facilities, and income generation activities. Will be qualified. The multi-sectoral area development plan of any district / block / city should be prepared in such a way that these districts are saturated with schemes included in the Prime Minister’s new 15-point program for the welfare of minorities within the Eleventh Plan period.

Any information related to the Prime Minister’s Jan Vikas Program, such as the guide line of the PDF scheme related to the scheme, Eligibility Criteria i.e. eligibility criteria and all such information will be provided to you on the official website of the Prime Minister’s Public Development Program. If you want to get relevant information, you must visit the website once for allhttp://pmjvk.minorityaffairs.gov.in/

Apple Ramping Up iPhone Production in India to Reduce Dependency on China: Report